Looking after your mental wellbeing

Mental wellbeing describes how you feel and how you cope with your day-to-day life. Studies show a link between depression in mid-life and dementia5, however, it is not clear the extent to which depression is an early sign of dementia12, or por whether long-term depression causes changes in the brain that increase the risk of dementia13. Nevertheless, anxiety and depression can have serious negative impacts on our quality of life5. 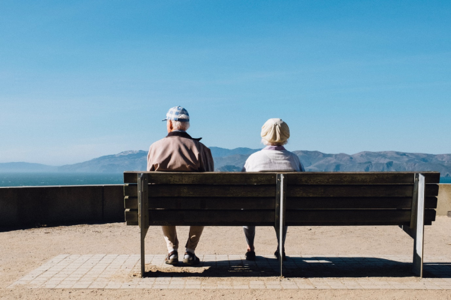 Stress may also play a role in developing dementia5 in a number of ways. Firstly, it triggers the release of hormones such as cortisol. Persistent high levels of cortisol increase the risk of heart disease and depression14 15 and may directly affect the brain's structure.5 Secondly, stress is also associated with unhealthy behaviours like smoking, drinking and unhealthy eating16. Such behaviours, in turn, have been associated with heightened risk of developing dementia independently of genetic predispositionREF1.

Sleep is very important for mental wellbeing, as disrupted sleep or sleep deprivation, are linked to poor memory and thinking skills5. This may be because dementia disturbs the sleep-wake cycle, which would explain why people with dementia often experience sleeping difficulties17. On the other hand, sleep problems themselves might be a risk for poorer thinking and memory skills18 as research suggests that poor sleep might affect a protein in the brain, which plays a significant role in Alzheimer’s disease19.